TRACK: Length (Wroclaw - Opole)97 kms. From Wroclaw to Jelcz-Laskowice very busy road, later I took side roads and the rest of the route was ok. Arriving to Opole don't take road 454, rather take side road from Czarnowasy to Krzanowice and then right to Opole.

TRACK: This was a long way to Lacko (107 kms). Leaving Kraków I took a realy nice side ways but I had to go up the highest hill in the whole surroundings! Rest of the day the way was ok except cca 25kms going through Mszana Dolna/Górna, there was quite dense traffic with many trucks on relatively narrow high road. Last part of the track down Lacko leads in a great green valey.

TRACK: Leaving Opole was a bit confused (don't take Strelecka, rather find some side roads from the center to the exit) until I found the right roundabout and road 94. The highway to Strelce Opolskie has a new top, goes fast and safe (shoulder is wide enough). This night I slept in a borrowed tent in a hidden garden. Morning was chilly and wet so I got up early and went further direction Katowice.

Three cyclists accompany me on the way from Chorzów to Oświetim so I don't have to check the map at all. Then I continue alone along Wisla river - very nice bird area. In Wadowice I was tired enough (after 95 kms) to stop and talk to some young guys on the street. They help me not only to find a place to stay over night but also with an extra concert in a great local pub called Orlie Gniazdo. It's raining.

TRACK: I can definitely reccomend road 94. Maybe it was so quiet for it was Sunday but still, it's the most simple way to get to the center of Katowice conurbation. Both the places I played and slept at was set in the largest park and recreation locality.

Constant rain all day long (cca 75 kms). TRACK: Again ... one mountain saddle on the more pleasant (=less traffic) road. New road put on the top of the hill (Oravska Lesna). One of the longest downhill on the tour!

TRACK: To Orava I decided to take longer way via Oravice. That was very cool and pleasant track.

Leaving Wroclaw direction Jelcz-Laskowice was exhausting. It took 30kms before I can leave the high road.

Two night in Świdnica hosted by a pair of great cyclists Mariusz and Iwona. I decided to stay a day longer due to the weather forcast and it was a good idea. TRACK: In Poland I followed good army maps borrowed me by Greenways.pl - unfortunately you cannot find out which side roads have asphalt-top and which are field, forrest or stonier. The least pleasant part was arriving to Wroclaw, esp. from the airport to the downtown. Wroclaw has been the least bicycle-friendly city on my way.

TRACK: In the morning I wait until rain stops falling, then I leave Wadowice and after few kms on the high road in Klecza Dolna I turn right direction Lekawica. This was a great way to Lanckorona, my that days destination.

Hosted by singer/songwriter Eliška Sýkorová. She joins me for next days all the way to the Polish border, taking her accordeon.

OFFICIAL START at the friendly and supporting music store Countryon. I got new strings and a last guitar service. Two cyclist accompany me for the first 50km. Sunny and hot.

Two nights in Hradec Králové hosted by Jirka, leader of local bicycle activists. In the afternoon before the concert he coordinates Live-on-Bike through the city. I play on Xtracycle and Eliška behind me plays accordeon on a hand-made copilot-tandem-bike.

BORDER #1 (CZ/PL). Here my friends turn back, to Świdnica I drive alone. In the morning it hailed but then the air was fresh again. No rain until the other day.

Fifth day in a row the weather is fantastic. TRACK: If taking high road from Česká Skalice to Náchod, take the shoulder. Next time I'd try to find some nice side road on the other side of Rozkoš pond. From Náchod to Hronov there is a new bicycle path starting on the other side of the river right on the Polish border.

In Kraków I was hosted by Scotia, the Vladimirska vocalist and accordeon player. My company during the day was Dominika, the bicycle and ecotourism activist and writer. She helped me with the radio interview and we spent some nice morning in the café. Concert in Lokator club was one of the best and most-crowded on the whole tour. The only sad thing was I had to leave the other morning very early.

TRACK: I take Greenway marked bicycle route all the way from Lanckorona to Kraków. In Kraków itself the bicycle has it's safe and certain place on the street. On the way to Nowa Huta there is a new bicycle lane or path. No problem.

TRACK: Pawel, my Lacko host, accompanies me all the way to Nowy Sacz. Arriving to Nowy Sacz good to follow our track.

BORDER #2 (PL/SK). One of the greatest tracks on the tour. From Nowy Sacz all the way up the hill, then don't turn right to Krynica Zdrój but go ahead to Tylicz and Muszynka gap. On the Slovak side the road is better and the downhill long.. Take a ride!

TRACK: If coming to Brno from the East, in Prace go direction Kobylnice and Tuřany and not like me. You should join the bicycle route somewhere on the way.

TRACK: This part was exhausting. The way was longer than I expected, though the route was very nice and varied. Sun was constant and intense, there was not a single km flat and very weird evening upcoming. Fortunately I could rest very well hosted by a well-known singer/songwriter Slávek Janoušek in Nížkovice village.

We were five when leaving Brno: Good to have friends somewhere on such a long way. TRACK: We went up to Brněnská přehrada and then taking side roads diractions Kuřim but right before Kuřim we turn left to Moravské Knínice where we visited the famous Czech bicycle-tramp Honza Vlasák. After a coffee, few songs and information-exchange we continue to Veverská Bítýška and down the valey of Bílý potok and up to Maršov. There is a nice road to Osová Bítýška.

TRACK: Last two tracks/laps of the tour were long. Route Osová Bítýška - Čáslav was even the largest of the whole tour (112 kms). I didn't check the map very much, just pedalled all day long so I could have some rest before the evening concert. Fortunately weather was with me all the time. Better sun than solarium!

This night I spent on a gamekeeperers house few kms back by the high road 37.

TRACK: Look for new marked bicycle route in the valey of Bečva riveer. It goes through Rožnov and behind the bridge it has a special nice bicycle lane along the river direction Valašské Meziříčí. Good way to go.

BORDER #3 (SK/CZ). After 14 concerts in a row I have two days off. The weather is sunny again and the route across Beskydy mountains quite. From Turzovka I took "the northern option" via Klokočov and Bílá. Then down and up again and then all the way to Rožnov and Zašová to my next hosts, rely center Salza. What a hospitality!

Concert and accomodation organized by a friendly singer/songwriter Beata Bocek. Feeling relaxed, this track has been short. I spare power for the rest of the tour.

Only first 10 kms on the traffic road, then in Liptál turn right up the hill and keep the direction Zlín. In Zlín there are good marked bicycle routes through the city.

TRACK: This track well-reccomended by Beata, she also accompanies me to the first hill. These days are easy, average length is 30 - 50 kms. Well planned. In Vsetin I had first flat tire (after 1400 kms).

TRACK: Back to Prague I come after 9pm the day before my final concert. The last trak from Čáslav is over 100 kms, too and the morning was so beautiful that I leave Čáslav after 1pm, first. The evening is windy but what a sunset! 1900 kms passed over.

TRACK: Great track all the way to Stará Ľubovňa. You have to go some 15 kms on the high road but then in Lipany turn left and take the sightseeing route via Šambron.

I was hosted by a great singer/songwriter Edo Klena in Záhradné, picturesque peace of countryside.

TRACK: First 25 kms Antonio from Spain goes with me, we take a "bicycle route" along the Poprad river to Podolinec, then I take road 77 to Spišská Belá where I turn right to the mountains. There is a brand new bicycle lane all the way from Spišská Belá to Tatranská Kotlina. Hey, hey, High Tatras!

TRACK: After morning rain very comfortable bicycle weather, especially for going up. And the way to Habovka leads over a quite high mountain saddle (cca 900m). Very nice track!

TRACK: One of the greatest tracks! Highest point of the tour below Štrbské Pleso (cca 1250 m) and then down the road all the way to Liptovský Hrádok.

By closing the whole circle my GPS computer displayed 1915 kms. I played 26 concerts plus some extra songs here and there, sold bunch of CDs and met tens of friends, musicians and cyclists all around the road. It's been so far my longest bicycle music tour by now and it definitely encouraged me to repeat it again, sooner or later, here or there. THANKS TO ALL WHO HELPED ME WITH THE ORGANISATION, PROMOTION, ACCOMODATION AND SPECIAL THANKS TO ALL WHO CAME AND SPENT SOME OF THEIR PRECIOUS TIME WITH ME AND SONGS I SANG. THANK YOU and stay tuned for my upcoming tours and music ... www.janrepka.cz

TRACK: Bardejov - Prešov is quite traffic including many trucks. In Tulák I turn right to Záhradné where I later sleep. This way is nice but ... of course, over the hill. Arriving to Prešov is terrible. As to what I know, there is only one high four-lane road from the East.

TRACK: Last ten kms are more busy in the street. Unfortunately, in Slovak valleys there is often only one high road with no other side variant (well, except MTB tracks up and down the hills).
udostępnij umieść na stronie pobierz drukuj ulubione moja mapa
PROFILE:
-----------
"Prague artist and composer Jan Repka will head on his first long-term bike concert trip. The itinerary runs through three countries and counts more than 1500 km. Repka will give more than 20 concerts.

The musician will visit the cities situated on the Greenways, such as Wroclaw and Opole on Odra Trail, Krakow and Lanckorona on Amber Trail.

Concerts: 26
Musicians I shared stage with: 16
Cyclists who joined me: 19 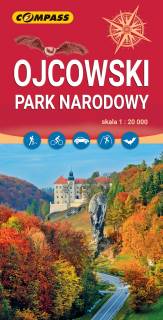 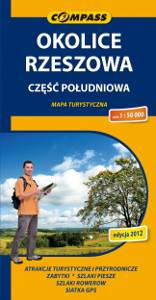 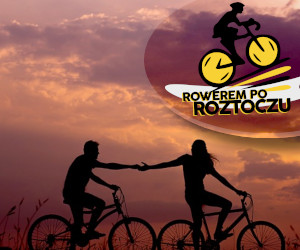